The piece of work I am taking a look at is the BBC’s article following Brunei’s decision to punish same sex relationships with stoning - https://www.bbc.com/news/world-45434583

This piece of work visualised the data for countries which punished same sex relations. 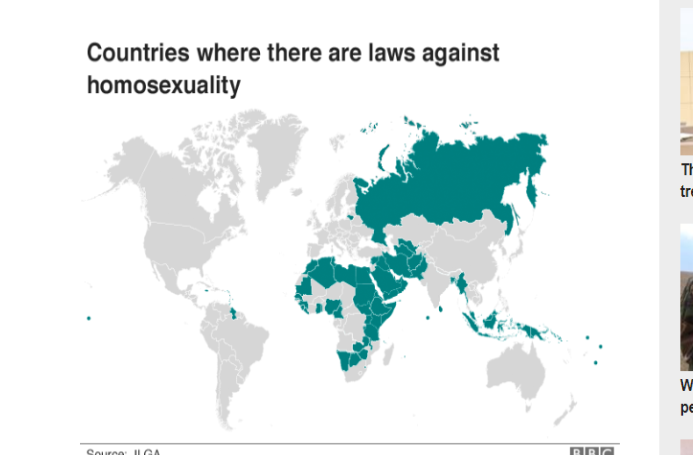 However, the issue with this data visualisation is that it is too oversimplified. It just notes which countries have crimilised homosexulaity, without mentioning to what extent. There is a big difference between having to a large fine as a maximum punishment (in Russia for giving out information about homosexuality to under 18s) and having death as a maximum punishment as has been decreed by the Sultane of Brunei. The chart on its’ own tells nothing about the severity of the penalty.

The text underneath the map chart notes which countries have death as punishment, but you would not get the information from looking at the chart alone. Thus I have created me own chart. The countries in green have laws against homosexuality but not punishable by death, but those in red do carry death as a punishment. 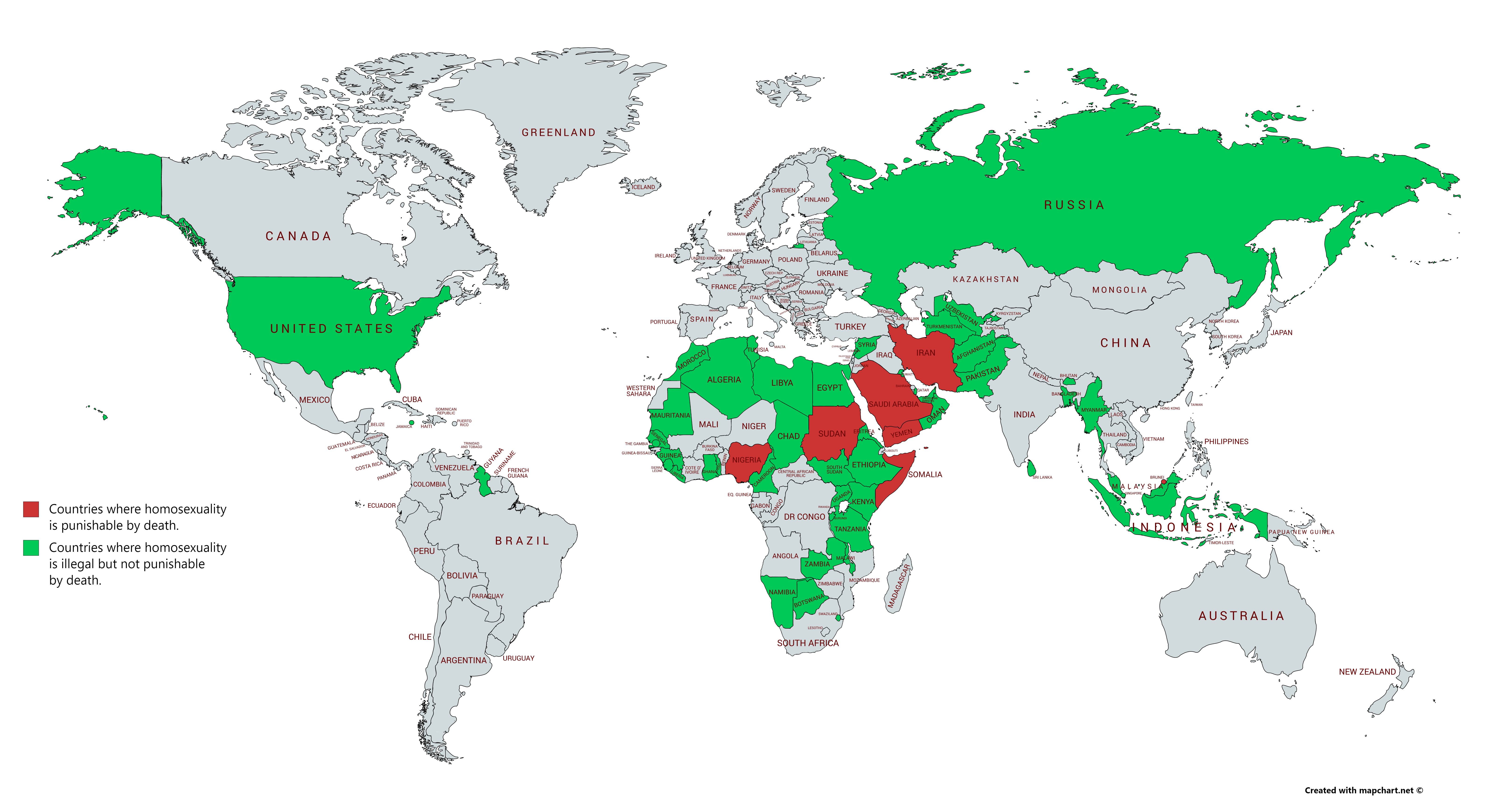 This in my opinion would’ve been a better way to represent the map as it visually shows the countries where homosexuality is illegal and where it is punishable by death as one chart, and it is a good way to visualize which areas of the world are more or less stringent on LGBT rights. I put the USA on green as several states have anti-sodomy laws. A Supreme Court ruling declared these unconstitutional, meaning states cannot act on these laws, though several states are yet to repeal these laws.

My research for this assignment showed another area where data could be too simplified, while several states do not criminalise homosexuality, some do not offer the same legal rights to same-sex couples. These countries would not have been visualised in the original chart as homosexuality is not illegal, but the lack of full rights means they have some way to go before they have a comprehensive set of LGBT rights.